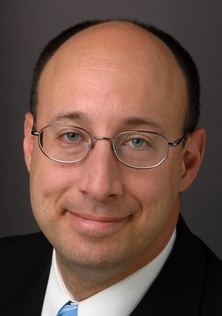 ACCORDING to a new study by David Latterman, Associate Director for the Leo T. McCarthy Center for Public Service and the Common Good at the University of San Francisco, Mendocino is the fourth most liberal county in California. Only San Francisco, Alameda and Santa Cruz are more liberal. Mendo, according to the professor, ranks higher on the lib index than Marin, Humboldt and Sonoma counties.

LATTERMAN looked at how people voted on certain recent ballot measures to calculate his scale. He found (surprise!) “The most liberal districts are … represented entirely by Democrats,” but if he’d investigated further he’d find that these Democrats are about as liberal as Obama, which is to say they “Talk left, act right.”

THE PROFESSOR says the soundness of his analysis is confirmed by comparing the results to who voted for John Kerry for president in 2004!

FORMER US ATTORNEY McGregor Scott, of Sacramento, told the AP recently that the reason the feds acted to terminate Mendo’s attempt to regulate and permit medical marijuana was “The perception by proponents of medical marijuana was that, if they were complying with state law, the feds were going to leave them alone. I think what happened is, the administration realized they had made a mistake by taking the lid off.”

THE PERCEPTION? In March of 2009 Attorney General Eric Holder announced, “The policy is to go after those people who violate both federal and state law.” What part of that statement did Mendo misperceive? And what, exactly, is the “mistake”?

MIKE VANDEVEER of Sebastopol nicely sums up last week's national events: “March came in like a lion, politically that is, and it is scary. A Montana federal judge sent a patently racist e-mail to his friends about President Obama, an Arizona sheriff railed on in an hour-long diatribe regarding the validity of Obama's birth certificate, conservative icon Rush Limbaugh called the Georgetown University student who tried to testify on women's health issues a 'slut' and a 'prostitute,' and the House took up the ‘Blunt’ amendment which would allow employers to refuse birth control coverage to their employees. The amendment was defeated, but Speaker John Boehner vows to continue the fight. All this in one day, the first day of March. Unbelievable.”