A LARGE CROWD turned out at the County Courthouse in Ukiah Thursday to attend a preliminary hearing for Billy Norbury, 33, of Redwood Valley. Most of the audience for the prelim, which only led to another prelim next week, was convinced that Norbury, white, murdered Jamal Andrews, 30, because Andrews was black. 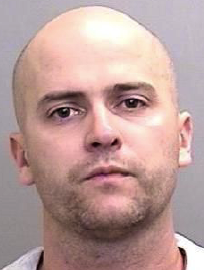 NORBURY SHOT ANDREWS to death the night of January 24th in Andrews’ Redwood Valley front yard. Andrews was hit twice, fatally in the head, and once in the shoulder. Sheriff's Department investigators estimated that the murder weapon, a rifle, was discharged several times from a distance of 50 feet. Andrews was a popular reggae musician who’d grown up in Laytonville. Norbury is from a well-known Redwood Valley family where his father owns a construction company. Billy Norbury has arrests for drug and alcohol-related offenses. Andrews’ friends say that Norbury had been overheard at a Redwood Valley bar complaining about Andrews in racist terms.

MENDOCINO County District Attorney David Eyster is personally prosecuting Norbury. Eyster told the Ukiah Daily Journal Thursday that, “Evidence has not been presented to me that would support a hate crime. People can be racist and not commit a hate crime. I believe the evidence will show a motive other than simply race.”

NORBURY lived in the same neighborhood as Andrews. He was arrested almost immediately after the shooting at his home. By all accounts a pleasant and friendly man with no known enemies, Andrews left behind a wife and child.

THE SONOMA COUNTY WATER AGENCY announced Thursday morning that because of the low rainfall this year the Russian River’s water supply has gone from “dry” to “critical.” “Critical” means the agency will probably reduce Russian River flows from Lake Mendocino to ensure that there “is enough for all water users and for release in the fall to support migrating Russian River Chinook salmon,” according to the SoCo water agency. Sonoma County owns most of the water stored at Lake Mendocino because Mendocino County, when the lake was built, chose to sell the water to downstream communities and to minimally participate in the construction of Coyote Dam behind which is stored the water upon which millions of downstream users depend. Pam Jeane of the SCWA advised upstream interests dependent on regular releases into the upper Russian from Lake Mendocino “to continue using water efficiently — especially farmers and residents of Healdsburg and communities to the north, which rely on releases from Lake Mendocino.”

MENDO DA DAVID EYSTER says medical marijuana farmers would be wise to continue to buy zip-ties for their plants from the Sheriff to reduce their chances of prosecution. “Participation (in the zip-tie program) will continue to be one factor considered by the prosecuting attorney if allegations come before him of criminal wrongdoing,” Eyster said in a press release Thursday afternoon. Eyster said he wanted to address the “confusion” about local medical marijuana regulations now that the County, under threat from the feds, has scaled back its permitting process to allow 25 plants per parcel, down from 99.

For water all they ever do is pray and wish

The Russian’s dryer than dry

Too little water for fry

Pretty soon we’ll be buying zip-ties for each fish