ANGELA PINCHES seems to be getting bad advice from her attorney, Don Lipmanson, himself a thrice convicted marijuana entrepreneur prior to his re-make as a lawyer. Givens the givens of her case, she probably ought to plead out.

JUDGE BEHNKE bound Ms. Pinches over for trial Thursday on possession, cultivation and “maintaining a place for cultivation,” charges stemming from a Task Force raid on her Redwood Valley home last September, and a prior incriminating visit from the Sheriff’s Department.

MS. PINCHES is the daughter of Supervisor John Pinches, a fact that may account for law enforcement’s ongoing interest in her. Talk to a cop off the record and you’ll hear them say that they’ve long assumed Pinches himself produces large quantities of marijuana at his remote ranch in the Eel River Canyon. The assumption that dad is in the pot business has never been verified by police, but his daughter has been cited before for marijuana-related offenses. And as a Supervisor, Pinches has been an outspoken advocate of legalization.

DEPUTY GUPTA and former Task Force honcho Robert Nishiyama testified Thursday that Ms. Pinches told them she’d combined her plants in tied bunches so they wouldn’t look as numerous from the air. “I assume,” she candidly informed the police, “if a plane flew over and saw my plants it would look like only 20 plants and I would be in like Flynn.” Nishiyama testified that if Ms. Pinches were truly growing medical marijuana as she claimed there’d be no need for subterfuge.

THE MENDOCINO Major Crimes Task Force, at the time led by Nishiyama, had returned to Pinches' property two weeks after the initial raid by Sheriff’s deputies and seized another 132 plants from an indoor grow. There was too much dope for the combined personal use and medical production claimed by Ms. Pinches. The cops also confiscated notes that they said indicated Ms. Pinches was calculating sales at a projected price of $3200 a pound, which is about what growers hope to get from distant buyers.

LIPMANSON didn’t argue any of the facts at Ms. Pinches’ prelim. He told Tiffany Revelle of the Ukiah Daily Journal he will make “a medical marijuana defense,” but the prelim “wasn't the appropriate place” to do it.

THE COUNTY SCHOOL BOARD has already raised Superintendent Paul Tichinin’s pay once this year, and now they’re about to raise it again. Tichinin says the 2.5% increase he got in March isn’t enough, doesn’t keep him up with other County superintendents of schools. 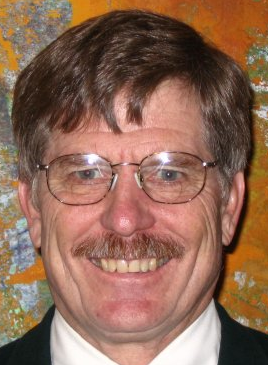 TICHININ best distinguished himself from his fellow educators three years ago in a public letter describing the word “niggardly” as a racist term. Local parents’ faith in the County’s educational leadership wasn’t reinforced when the County’s superintendents of schools signed on to Tichinin’s failed adventure in linguistics. You might say the guy is emblematic of Mendocino County’s educational effort. Tichinin worked his way to his present eminence by silently watching old colleagues marched off to prison for crimes great and small, biding his time in a County where few people even know what the multi-million dollar agency does.

THE COUNTY SCHOOL BOARD meets Monday morning, 10am, at its lush Talmage compound. MCOE, as it’s known by the tiny minority of people who know it, does not perform a single educational or accounting task that couldn’t be better and cheaper performed by the individual school districts of Mendocino County. This character and his agency constitute ongoing crimes against the children of Mendocino County.

IN AN ERA when funding is tight

You’d think everyone would take a bite

In fact, there’s not a backbone in sight.